You are here: Home / Blogstream / Are the Young Better Savers than the Old? 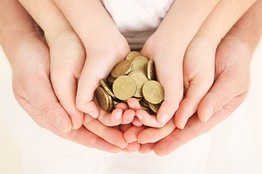 When it comes to saving and investing, do today’s younger investors resemble the generation that came of age during the Great Depression?  A new survey suggests they may.

Released today by TD Ameritrade Holding Corp., the survey finds evidence that the most diligent savers are members of Generations X and Y (born, respectively, between 1965 and 1976 and 1977 and 1989). Among respondents in those two generations, some 25% and 23%, respectively, say they funded both a 401(k) and an IRA in 2010. In contrast, only 16% of baby boomers made contributions to both types of accounts last year.

Younger employees “are saving more rigorously than their parents and grandparents,” the survey concludes.

Other surveys have also found similarities between today’s young investors and those who came of age during the Depression. According to a recent WSJ article, Boston-based MFS Investment Management published a survey in June that concludes that investors in their 20s “held 30% of their non-401(k) portfolios in cash.” That’s four percentage points higher than the average for all investors,” the article says, adding that the survey also finds that “40% of investors in their 20s agreed with the statement: ‘I will never feel comfortable investing in the stock market.’”

“We had Depression babies,” MFS senior managing director Bill Finnegan says in the article. “Now I think we have recession babies.”

While a tendency to save more is certainly positive, financial advisors say that when young investors turn risk-averse, they potentially set themselves up for years of relatively low returns.

With baby boomers, by contrast, the Ameritrade survey points to inadequate savings rates. For example, although those 50 and over are eligible to make so-called “catch up” contributions to IRAs and 401(k)s, some 68% of those eligible are not taking advantage of the provision. (With catch-up contributions, an individual can stash away an extra $5500 annually in an employer-sponsored retirement account.) Half of those skipping catch-up contributions say they cannot afford to save more; Another 21% profess ignorance of the catch-up rules.

Conducted between July 20 and Aug. 17, the TD Ameritrade survey includes responses from 1509 adults between ages 22 and 81.