You are here: Home / Blogstream / Are Social Security Raises Already Too Low? 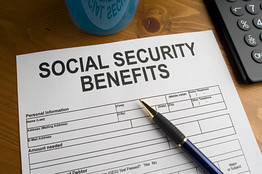 As I reported on SmartMoney.com today, lawmakers are considering a new way to calculate the consumer price index that, if implemented, would likely result in lower Social Security increases for many seniors.  But in the course of reporting the story, I also learned that some critics say that our current measures of inflation already lead to lower-than-deserved Social Security increases for seniors.  Here’s the scoop.

For years, economists and lawmakers have argued over which inflation measure most accurately reflects the price inflation faced by retirees.  The two most widely used measures are the CPI-U, which measures price inflation for typical urban consumers, and the CPI-W, which is a subset of the CPI-U that looks specifically at consumers in clerical and wage occupations.  But critics say these measures fall short when it comes to measuring inflation for seniors. “Inflation for retirees is different from and mostly higher than the macro-economic (average) inflation rate for the entire population,” writes Huaxiong Huang, a mathematics professor, and Dr. Moshe A. Milevsky, a finance professor, both a York University, in a July 2011 study published in the Journal of Pension Economics and Finance.  That’s because “seniors spend differently than younger people do,” says Johnson.

In fact, “on average, the elderly spend relatively more on health care, whose price has tended to rise faster than overall prices,” writes Brian Cashell, author of the 2010 “A Separate Consumer Price Index for the Elderly” paper prepared for the Congressional Research Service. Thus, not only do the prices for health care rise faster than other prices, seniors are also disproportionately affected by these prices since they spend more on health care than other groups.  But the current CPI measures, which are used to calculate COLA, do not reflect this.  “Seniors’ cost of living goes up a little more quickly than others, and we should account for that,” says Milevsky.

There’s a lot a stake here, since inflation is used to calculate cost-of-living adjustments for Social Security payments. Thus, the higher the inflation projections, the more money seniors might net. And that’s why some analysts and economists are arguing for the use of the CPI-E, an experimental CPI that measures price inflation specifically for the elderly, as the CPI-E would likely yield higher payouts. The CPI-E more heavily weights things like health care and housing, which seniors tend to spend a higher portion of their income on than younger people, while deemphasizing things like apparel, food and transportation, which they tend to spend less on. And in several studies, the CPI-E did, in fact, yield a higher number for inflation: The average annual rate of change for the CPI-E between December 1982 and December 2009 was 3.2%, while the CPI-W rose at a 2.9% rate, according to a 2010 report for the Congressional Research Service.  And while that may, on its surface, seem like a small difference, it can have “a significant impact because of the compounding effects year over year,” Johnson says.   Case-in-point: If Social Security used the CPI-E to track for its cost-of-living adjustments, average benefits would have been $14,000 higher from 1984 to the present than they would have using the traditional method, according to an analysis by The Senior Citizens League.

To be sure, the CPI-E is far from a perfect measure of the inflation that seniors face.  For one, the CPI-E is only an experimental measure, Johnson warns, and thus may have some calculation flaws — such as the ideal spending weights for seniors — that throw off its conclusions.  Secondly, at least one study suggests that the differences between the inflation affecting various groups often isn’t stable over time, which means that the differences we see today may not exist in the future. Finally, there are vast differences in the inflation experience even within the elderly population itself, which may make the difference between the CPI-E and other measures relatively insignificant for some, according to Brian Cashell’s report for the Congressional Research Service on the CPI-E.  “If there is a great deal of variation in both the general population and within subgroups such as the elderly, a small difference in average inflation rates between groups may not be significant,” he writes.