You are here: Home / Blogstream / Are Americans Too Optimistic? 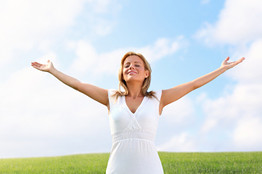 Nearly three in four Americans are optimistic about their future and a full 66% feel that they’re “in control” of where their lives are headed, according to a study by Lincoln Financial released today.  Such a rosy outlook may be justified and even advantageous, experts say, but it can also be misguided.

Here’s a look at two major aspects of the future people feel optimistic and in control over, and a look at the reality of the situation for older adults.

Nearly nine out of ten Americans feel in control of their health, according to the Lincoln Financial survey.  Furthermore, 87% of Americans 50 and up who are not yet retired say they expect their health to be the same or better in retirement as it is now, according to a 2011 study by NPR, the Robert Wood Johnson Foundation and the Harvard School of Public Health.

The reality: People don’t have as much control over their health as they might think — and it’s not likely to get better as they age, experts say. “Despite the best intentions with diet and exercise, nobody can predict accidents or illnesses,” says Mark Konen, Lincoln’s president of insurance and retirement solutions.  Furthermore, while just 13% of people 50 and up thought their health would be worse in retirement than it currently is, among retirees more than 40% report worsening health.

Those who believe they will be just as healthy in retirement might not save enough, experts say. A person who retires at 65 in relatively good health will need about $7,500 per year to cover out-of-pocket medical costs like Medicare deductibles and co-pays; for those not in such good health, that number might be more like $10,000 per year, according to Colleen O’Brien, a vice president at Charles Schwab.  Most people have nowhere near this amount saved when they retire.

Sixty-seven percent of people say they feel optimistic about their financial future and more than three in four feel “very or at least “somewhat” in control of it, according to the Lincoln Financial study.

The reality: Americans are under-saved for the future and not doing enough to gain full control over that fact.  Nearly half of early boomers, born between 1948 and 1954, and 44% of late boomers, born between 1955 and 1964, may not be able to afford even basic living expenses in retirement, according to the Employee Benefit Research Institute.  What’s more, they’re not saving nearly enough of their income — a recommended 10%, or more if you’re behind on your savings – to ensure that they’ll ever be able to fully take control of their retirement savings, experts say.