You are here: Home / Blogstream / Americans Retire With Different Accents 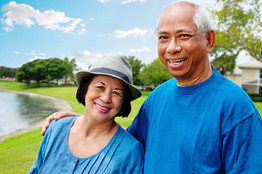 Does where one lives in the U.S. impact how they feel about retirement?  A new study by insurance company The Hartford suggests that it does.  Here’s a look at how retirees and soon-to-be retirees’ views and challenges vary in Dallas, New York and Chicago.

Dallas retirees don’t expect to do much traveling or volunteer work, the study found. Nor do they plan on having as much fun. Retirees there are much less likely than those overall to say they have will have time to travel (32% vs. 19%), work as a volunteer (27% vs. 14%) or pursue leisure or recreational activities (38% vs. 25%) in the coming years.

The outlook of those nearing retirement may also be gloomy. Compared to pre-retirees nationwide, those in Dallas were significantly less likely to start planning for retirement right when they got their first job (12% nationwide vs. 3% in Dallas).

In a city known for its rat race, perhaps it’s not surprising what New Yorkers most look forward to in their post-working years is relief from stress. Compared to retirees nationwide, those in New York were far more likely to say that having fewer worries was the most appealing thing about retirement (19% vs. 11%).

There may also be something to the Carrie Bradshaw mentality. Like the “Sex and the City” character, retired New Yorkers are much less likely to say they’d give up shopping to make ends meet compared the the population of retirees as a whole (17% national vs. 11% in New York.)  Instead, New Yorkers are more willing to give up vacations (24% New Yorkers vs. 19% national).

Chicagoans, on the other hand, are more concerned about staying healthy. Compared to those nationwide, pre-retirees in Chicago were more likely to say that their biggest worry was that medical issues might have a negative impact on their retirement (50% in Chicago vs. 40% nationwide).

Pre-retirees there were also motivated more to save for retirement when they hit a milestone birthday than pre-retirees overall (27% vs. 19%) and  especially as compared to those living in New York. (12%).