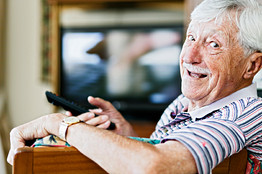 The baby boomers won’t be the 60s generation when it comes to retirement. Many will work well into their 70s, and according to a study released today, one in four anticipate working until age 80.

A full three-quarters of middle class Americans plan to work beyond 65, Wells Fargo’s annual retirement survey found.  “It’s really setting in with a lot of people that they’re under-saved and so it might be hard to maintain their lifestyle,” says Joseph Ready, an executive vice president of Wells Fargo Institutional Retirement & Trust.

Even those who think that working until age 80 will be enough to allow them to retire might be in for a shock, he says. “Will they even be able to work then?” Ready asks – especially considering that the risk for dementia, Alzheimer’s and arthritis, to name a few ailments, skyrocket with age. And even if they can work then, will it even be enough money to allow them to retire comfortably?  Consider that what people estimate they might need for retirement and what they actually will need are often quite different, says Laurie Nordquist, another Wells Fargo vice president.  For example, “people think they need about $60,000 for health care.”  In reality, some studies show that that number is more like double that.

Bottom line: “It’s key to have a written plan,” says Nordquist. “This can help you figure out exactly what you need.”  Talk to a financial adviser to develop this plan, and in the meantime, consider figuring out your retirement savings goals now with the SmartMoney Retirement Planner.