The fact is that health care would be cheaper for everyone if everyone had insurance. The current patchwork system (which will soon be a much better patchwork) creates a bizzarre game of “squeeze the balloon.” 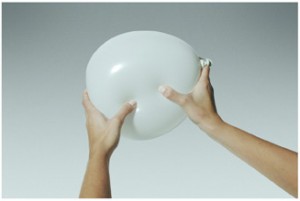 In a patchwork system, if you raise the eligibility age for Medicare to 67 (as some have proposed) then you strand millions of people outside the giant Medicare risk pool. Who cares you ask? So what if the greedy geezers have to suck it up for a few more years you say?

Employers and even some younger people would pay more for health insurance if lawmakers raise the eligibility age for Medicare, a study to be released Tuesday concludes.

The findings suggest that the emerging debate over Medicare’s future matters not only to seniors and those nearing retirement, but to a broad cross-section of Americans.

The report from the nonpartisan Kaiser Family Foundation shows that federal taxpayers would save billions if the Medicare eligibility age, currently 65, is increased by two years. But people ages 65 and 66, employers — along with states, Medicare recipients and even some younger families — would see ripple effects that add to their costs.

Those costs could total more than $2,000 a year for some individuals.

So what’s really going on here?

The answer, I think, was well stated by 19th Century financier Jay Gould. Eager to break a strike he hired strikebreakers (also known as “scabs”). When he was asked about this he said…

“I can hire one-half of the working class to kill the other half.”

America’ current crop of oligarchs are too well schooled in the art of public relations to utter such a refreshing bit of honesty. The fact is that the “move back the eligibility date for Medicare” is a classic divide and conquer strategy which distracts us from the simple, cost effective and morally upright solution to this whole mess.