You are here: Home / Blogstream / 3 Ways the Recession Changed Retirement 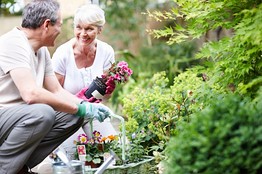 The past few years brought about a sea change in how Americans view retirement.  Back in 2007, many thought they’d be set at age 65 with money from that house they  planned to flip, and flush retirement accounts from a stock market that just wouldn’t quit. But the recession changed all that.

Nowadays, retirement looks different.  Here are some of the ways it’s changed:

80 is the new 65
As I reported earlier this year, 80 is the new 65: Whereas most of our parents’ generation expected to (and did) retire around 65, a full one in four baby boomers plan to keep on working until age 80, according to a Wells Fargo retirement survey released this year.  It’s a finding that’s consistent with a variety of other surveys by financial companies — in effect, baby boomers expect to work far longer than their parents (many of whom had pensions to fall back on) ever did. “It’s really setting in with a lot of people that they’re under-saved and so it might be hard to maintain their lifestyle,” says Joseph Ready, an executive vice president of Wells Fargo Institutional Retirement & Trust.  Read more here.

Working in retirement
Even people who at some point fully retire plan to pick up odd jobs or part-time work in their retirement.  In 2010, one in five workers 50 and older who had fully retired worked a job in retirement, according to a study by the Sloan Center on Aging & Work.  With the tsunami of aging boomers, this trend will become more pronounced, with 75% of workers 50 and up saying they plan to pick up a “retirement job” in the future, the study found.  “‘”Working in retirement’ is quickly becoming a new stage in career progression,” the study authors concluded.

Debt in old age
While prior generations  had pensions to help them remain debt-free in retirement, boomers aren’t so lucky.  Forty-eight percent of boomers expect to carry a mortgage into retirement, according to a May 2011 Bankers Life and Casualty Company survey; one in three workers over 55 have more credit card debt than retirement savings. What’s more, Americans 45 and older are the fastest growing group filing for bankruptcy.

That all sounds really depressing.  But the good news is that many still have time to get out of debt and save more for retirement.  Here are some resources to help: