You are here: Home / Blogstream / 3 Ways the Debt Deal May Impact Seniors 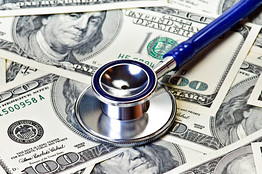 To the relief of most Americans, lawmakers have finally agreed upon a deal to raise the nation’s debt ceiling; to the relief of many seniors, this deal means that Medicare and Social Security are safe for now.  But that doesn’t mean you won’t see these benefits cut – or other changes that might hurt your bottom line – in the future.  Here are some areas to keep an eye on:

As I reported on SmartMoney.com Tuesday, Medicare may be vulnerable in the second round of cost-cutting required by the deal.  In effect: if the special joint committee doesn’t find at least $1.2 trillion in additional savings, Medicare provider payments are scheduled to be automatically cut by up to 2%. (Your personal Medicare benefits will not automatically be cut at this stage, though the committee could vote to cut them as a way to generate the needed savings.) For consumers, this may mean that some doctors will stop accepting Medicare patients and that hospitals may close units, says Mary Johnson, a senior policy analyst for the Senior Citizen’s League, a non-profit seniors rights advocate. And in looking for savings, the committee may consider plans like lifting the Medicare eligibility age from 65 to 67 or increasing co-pay amounts, says Joe Baker, president of the Medicare Rights Center.

If you use municipal bonds in your portfolio to produce income, the deal could hurt your bottom line.  The reason: a decrease in federal spending could mean less aid for state and local governments, which, in turn, might make some already-strapped states more vulnerable to downgrades, according to Matt Fabian, managing director of Municipal Market Advisors, an independent research group.  What’s more, many estimates suggest that the deal would cut economic growth by roughly one-tenth of a percent, which could, in turn, hurt your bottom line.  Read more here.

Unlike Medicare, Social Security isn’t scheduled for any automatic cuts if the special joint committee can’t find that $1.2 trillion-plus in additional savings. But experts say that doesn’t mean that these benefits are guaranteed safe in the future.  The reason: In looking for that cost savings, the committee could recommend cuts to Social Security.  One such consideration might be a change in how the consumer price index (CPI) is calculated, which would likely lower your COLA payments, says James Horny, vice president of fiscal policy for the Center on Budget and Policy Priorities.  (Read more about this CPI measure here.) The reason this plan is appealing is that it produces likely cuts in Social Security spending, while also raising tax revenues, experts say.