You are here: Home / ChangingAging / The Journey

I met musician Jennifer Kelly visiting her father Kevin on the veranda of Gaffney House, an historic 14-bedroom memory care home in the heart of Seattle’s Capitol Hill neighborhood.

When I told Kevin that I was working on a story about his daughter’s music, he immediately took my hand and said, “Jennifer is the most thoughtful and caring person I know. My daughter always goes out of her way to help people.”

This brought tears to Jennifer’s eyes. It was poignant not just because she felt closer to her father than ever before, but because helping people is the inspiration for her song-writing.

“This is the closest my family has ever felt to my father,” Jennifer said. “I’ve been so inspired by the intimacy of helping him on this journey.”

“The Journey” is the title of Jennifer’s latest song inspired by her father and his experiences living with dementia.

“I think I’m going on a journey Jennifer,” Kevin told his daughter one night from his hospital bed after surgery to repair a hip fracture. He had suffered a bad fall and broken his hip.

“It was a moment I’ll never forget because we both intuitively knew he would never be able to go home,” Jennifer said. The family made the tough decision to move Kevin to assisted living at Gaffney House.

Gaffney House is one of two assisted living homes developed by Seattle non-profit Full Life Care about a decade ago, inspired in part by the first Green House Project homes in Tupelo, Miss. Full Life is a founding member of Washington’s Pioneer Network and a sponsor of Dr. Bill Thomas’ Age of Disruption Tour.

When Kevin first moved into Gaffney House he was disoriented and frightened. Jennifer’s brother volunteered to stay with him the first night. But Kevin grew very distraught during breakfast.

“That morning when a bowl of cold cereal was put before him, I guess he became very upset,” says Jennifer. “He didn’t know what it was and said something about always eating a hot breakfast.”

Rahma Abdi, a staff member at Gaffney House, quickly made Kevin a big hot breakfast. When Jennifer arrived a short time later she said he was “calm and radiant” and talked about the “beautiful woman” who made him breakfast. What he said next became lyrics in “The Journey”:

“Have you seen the kindness all around me?

I am no longer afraid.” 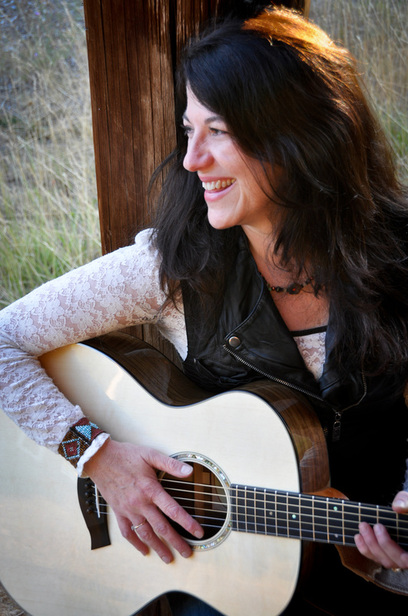 Jennifer’s venture into songwriting began after becoming a cancer survivor. She had spent years singing other people’s songs but never had the courage to write her own.

“I never learned how to read music and my inner critic was too harsh,” she says.

After spending several years living with “recurrence” fear that her cancer would return, Jennifer had a profound insight that inspired her to live life to the fullest and take the risk of songwriting.

Inspiration came from a cancer support group friend who had a terminal diagnosis. One day he remarked how beautiful the fall colors were that year. Jennifer recalls him saying, “Hey guys, don’t forget to see the leaves.”

Jennifer said “the look in his eyes when he said that, knowing he wouldn’t live to see another fall, I just went straight home and locked myself in my room until I finished writing my first song.”

Jennifer is working on her second album of original music and continues to write songs focused on human experiences of love, loss and change. “The Journey” will be featured on the new album but a fan posted a youtube video of Jennifer singing the lyrics during a sound check on the day she wrote the song.

Besides her personal experiences, Jennifer draws on her career in advocacy and spiritual guidance, such as facilitating spiritual retreats for women and young adults and formerly directing L’Arche Noah Sealth of Seattle, an interfaith non-profit dedicated to serving people with developmental disabilities.

Often playing benefit concerts to support homeless families and other causes, her band recently performed for inmates at Monroe Prison, which Jennifer said goes down as one of her favorite shows ever.

“You could hear a pin drop they were so rapt,” says Jennifer. “Then they flooded the stage to tell us about their own experiences losing loved ones to cancer and dementia.”

Inmate after inmate told Jennifer they were so ready to hear that they were not alone.

“It is the greatest honor and privilege to perform and write songs that speak to people’s suffering in a way that gives it meaning and connects them,” Jennifer said.

Jennifer often brings her guitar to Gaffney House and enjoys singing with her father and other residents. She said her father rarely sang publicly before he had dementia but she always knew he had a beautiful voice, just like his father.

“Dad, would you like to sing us your favorite song?” Jennifer asked. With a laugh and a smile, Kevin launched into a 1930’s Pepsi jingle:

“Pepsi Cola hits the spot / twelve full ounces, that’s a lot / twice as much for a nickle, too / pepsi cola is the drink for you!”

“When we sing in the house it’s true what they say about music,” says Jennifer. “People laugh and smile and talk in clear sentences.”

For upcoming shows and videos of Jennifer performing visit http://www.jenniferkellymusic.com/.