You are here: Home / ChangingAging / The Age of Disruption is Here 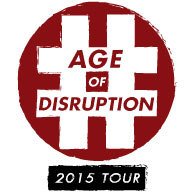 Most people are familiar with Einstein’s equation of insanity with “doing the same thing over and over again and expecting different results.”

That quote is actually my second favorite of Einstein’s invocations of “insanity.” My favorite goes like this: “For an idea that does not first seem insane, there is no hope.” It has been my experience that these two ideas form the bookends of every successful innovation.

Let’s take long-term care as an example. It is simply not possible to argue (in good faith) that institutional models of long-term care might someday prove successful– if we just stick with them. A half century of skillful, disciplined effort by two generations of dedicated leaders may have improved some outcome measures but they never succeeded in teaching nursing homes how to dance to the music of the human heart. Einstein would likely call the insistence that we persist in this effort– insane. And he would be right. The time has come to stop doing the same things over and over.

It is time for a new approach to safeguarding the well-being of elders and their families. But. The best new ideas, the ones with the most potential to disrupt and transform the experience of care and caregiving are also the most likely to be rejected out of hand. Capable people with strong credentials and deep expertise in a field are often the quickest to dismiss the ideas that have the greatest potential to change everything. It is just as Einstein predicted, in order for there to be hope, new approaches to long-term care must “first seem insane.”

I have an “insane” idea that begins: “What if…”

What if an entire city was willing to create a city-wide, community-based system of care that no longer relied on the terrifying prospect of institutionalization?

I have been to such a city. And I am so excited about what’s going on there that I am embarking on a bus tour visiting 30 cities nationwide in 2015 to see if there are any more cities in America willing to make the same leap as Pittsburgh, Pennsylvania.

Leaders of all kinds in Pittsburgh and surrounding Allegheny County are beginning to explore a daring concept. What if a million people could learn to live without nursing homes?

This is one “crazy” dream that really can be turned into an exciting new reality. In order to make it work we will need to deploy new approaches to providing support and services to people in the communities where they live. We will have to connect systems of care directly to families and neighborhoods and do so as simply, elegantly and cost-effectively as possible. The era of the isolated facility serving as the backbone of long-term care is coming to an end because it was designed to manage “cases.” The future will require us to understand and respond to the needs of populations.

For more than a year I have been meeting with extraordinary (and extraordinarily eclectic) leaders in Pittsburgh and Allegheny County and I have watched them begin to coalesce around this “insane” idea. They want to be the first major American metropolitan area to outgrow the need for institutional care. I think they can do it and I will be barnstorming the country this year breaking bread with community leaders in 30 cities, performing before interested audiences and diving into what promises to be one of the most challenging and (possibly) rewarding episodes of my professional life.

What if… you joined us? You can add your voice to a swiftly growing (and possibly “insane”) chorus of change agents.  You can help spread the word. Want to know more? Read all about it at: www.DrBillThomas.com.

In the coming months look forward to more stories from Pittsburgh and the 29 other cities we will visit. We have an amazing group of national allies supporting this tour–including AARP, National Hospice and Palliative Care Organization, PS Lifestyle, Advancing Excellence, Kimberly-Clark and It’s Never 2 Late–and we’re inviting you to join us. I will be reaching out via ChangingAging to invite like-minded individuals and local organizations to a series of meetings and workshops scheduled in each city. Visit the Age of Disruption 2015 Tour website for details and stay tuned!