You are here: Home / ChangingAging / Massachusetts: Where Age-Friendly Is All-Friendly 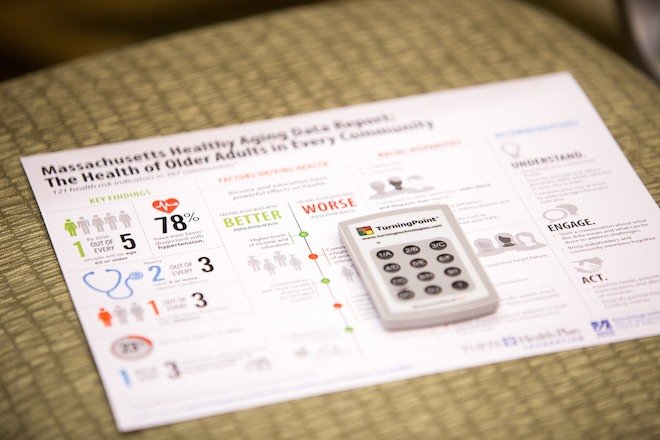 After living in Minnesota for nearly 50 years, Jan Hively returned to her native Massachusetts in 2010 to help her 93-year-old cousin who needed help with some activities of daily living. This scenario is not an unusual one in this day and age, except that Hively, who is a longtime elder advocate and international aging policy expert, arrived back in her home state near the beginning of its age-friendly development.

With the help of the Tufts Health Plan Foundation, which focuses on grants to community organizations promoting healthy aging, Massachusetts has become a bit of a standout star within the age-friendly community movement. Many of the commonwealth’s localities have adopted the World Health Organization’s definition of active aging and are part of the AARP Network of Age-Friendly Communities, which is the U.S. affiliate of the WHO network.

Cape Cod, which includes the town of Yarmouth, has a higher percentage of older adults than anywhere else on the east coast, including Florida. What’s more, by 2020, 38 percent of its population will be over age of 60. “We are a retirement community here,” Hively says, “and we have difficulty keeping young families due to a lack of career opportunities. We see this as being a picture occurring in many other parts of the country.”

Therefore, the Yarmouth team is concerned that younger adults in the area are not going to stay—a concern that was backed by a recent assessment of younger residents in the community. “They see rich people living here, who brought their money with them from retirement pensions, and at same time, they see pensions going away in general,” she says.

These revelations helped shaped the focus of the Yarmouth project. “We are doing age-friendly communities for all ages,” Hively says. “This is a critical point—we believe strongly that it’s extremely important to keep young people in the community and active and healthy and positive.”

Kathi Bailey, the Yarmouth Age-Friendly Community Project Lead, agrees. “Our goal is to help people understand that an age-friendly community is all about serving all ages—not just one age,” she says. In the past year, the Yarmouth initiative has established a regional advisory team; hosted two “world cafés,” one with senior center leaders and local politicians and another with local and regional representatives; presented a forum with the local Chamber of Commerce, and conducted an assessment of residents.

The group also plans to partner with the Model United Nations organization to introduce it to high schools on Cape Cod via a Saturday “fast-track” session” that includes 25 senior citizens and 25 high school students, all of whom will focus on a topic, research it, and run a model UN simulation.

Bailey, who has a day job is director of Yarmouth Senior Services, would one day like her community to think and plan with a lifespan view “to make sure everyone is working inclusively and innovatively to not allow the existing status quo to continue but to allow for new solutions to be tried and implemented.”

To help spark that community action, Bailey helped land two of the biggest names in aging innovation–MacArthur Genius-winner Ai-Jen Poo and Dr. Bill Thomas–to visit the Cape this spring for two separate events, a huge coup for the peninsula community.

Poo, co-director of Caring Across Generations, speaks in Yarmouth, Mass., April 28, on her book, “The Age of Dignity: Preparing for the Elder Boom in a Changing America.” Dr. Bill Thomas will bring his 30-city Age of Disruption Tour to Dennis, Mass., on May 16.

Thomas’ roadshow goes to the northwestern edge of Massachusetts the next day to perform in Berkshire County, where the imperative to create healthy aging communities is similar to that of Cape Cod’s: By 2030 the U.S. population over age 65 is expected to overtake the number of those under 18, while in Berkshire County this shift occurred in 2011, according to an assessment conducted for the initiative. 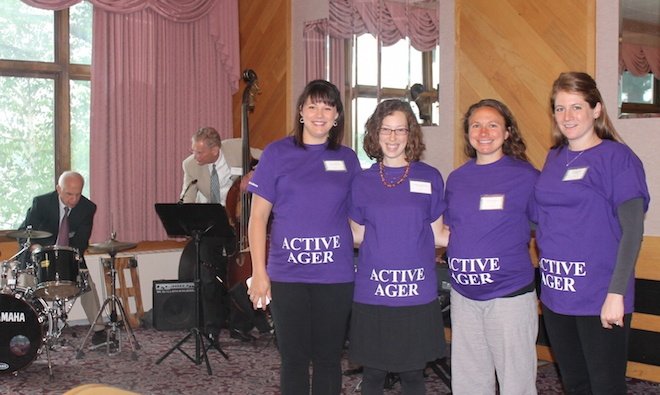 Bobbie Orsi, who heads up the Berkshire County initiative and was a nurse in the community for 40 years before she began her age-friendly work, also feels very strongly about including all ages in their process. “We need everyone to do this,” she says. “An age-friendly project is a project that really includes everyone; it’s not just about aging. It really embraces the fact that a community that works well for its young people and its older people will work well for everyone in between.”

Ultimately, Orsi feels the biggest challenge is changing the conversation about aging “because we still have those mantras in our head—you lose your hair, your lose your hearing, you lose your eyesight, you can’t walk as well as you used to—it’s all about loss as you get older, unless you change the conversation.”

Orsi was very happy to hear that the Age of Disruption Tour was making a stop in Pittsfield, Mass., on May 17. “They’re going to help us disrupt aging and help us to change the conversation,” she says, noting that it is essential to change mindsets as well as the environment.

Indeed, both Massachusetts communities embody the mindset that age-friendly initiatives are providing the impetus to create stronger, healthier communities for all ages.

That is precisely the vision of the Tufts Health Plan Foundation. President Nora Moreno Cargie believes that targeted grants in Cape Cod and the Berkshires can help develop best practices and metrics of success for other communities working to become age friendly. “What we want is to ensure that as we get to age-friendly in all of our policies and all of our practices, that we hear the voice of older adults and that again we meet the community where it is,” she says.