You are here: Home / ChangingAging / Living In the Moment

by, Mike Bolinder, special to ChangingAging 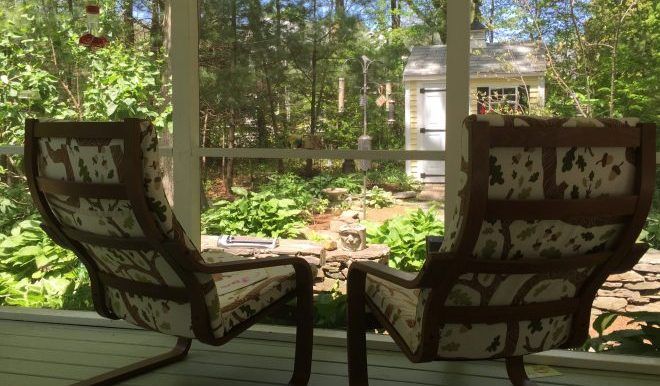 “It is good to have an end to journey toward; but it is the journey that matters, in the end.”  -Hemmingway.

As is Police tradition when officers bury their own children, black and white motorcycles lined the edge of a Massachusetts funeral home parking lot. Inside, my childhood-next-door neighbor, Steven, lay in a casket. His wool varsity jacket hung on a hanger next to him, and an easel displayed enlarged photographs of Steven playing high school hockey.

Steven was in his mid 40’s when his third or fourth overdose on fentanyl proved fatal.  I shook his dad’s hand and hugged his tearless mother as she confessed she was relieved “it was finally over.”  We turned and looked at his photos and talked of being teenagers playing street hockey in the circle at the end of the cul-de-sac we called home.  “Those were his best days. Those were my best days, too, “ she said. 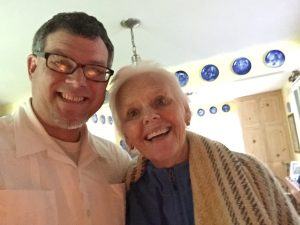 Next door to Steven’s house, on a wooded hill above the cul-de-sac sits the starter home my parents bought in 1971. They still live there.  While we sit and watch the birds feed on thistle and sunflower seeds, my mother remarks how much better she feels with a Fentanyl patch than she had felt with the other narcotic pain relievers her oncological team had prescribed.  It’s been almost two years since her diagnosis of advanced pancreatic and liver cancer, and perhaps an unknown amount of time on her journey with dementia.  As the birds feast, we talk about my little boy’s progress with potty training, how pretty the gold finches are with the sun hits the feeders, how her appetite was good today and she got some sleep last night.  “Every day is my best day,” she wisely offers.

My Massachusetts hometown is a mostly-rural mix of cranberry farmers and Boston commuters.  Steven and I attended the same public schools and played street hockey in the same circle with the same kids. We were both middle-children with police officer dads and para-professional moms.  We were both bombarded with Nancy Reagan’s advice to “just say no,” and both played varsity sports for the same high school, where we both ostensibly learned the same scholastic athletic values of discipline, excellence and perseverance.  I don’t pretend to know why our trajectories were so different when they started at the same point in space and time.

Were I to die, my wrestling coach might attend my funeral, but nobody would mention high school sports – or High school at all.  The conversation would be about the present.  I’m quite blessed with a family that understands the value of mindfulness.  Sure, we cherish our heritage and we enjoy recalling happy memories sparked by old photos. And yes, of course we excitedly look forward to planned outings and family vacations. But my mom’s journey with cancer and dementia makes me extraordinarily thankful my family has always strived to mindfully live in the moment.

It is perhaps one of life’s greatest paradoxes: our ability to fully embrace and enjoy our future hinges on our ability to live in the present right now.

Learning to live in the moment is a skill to be honed over time.  It’s not unlike reading literature.  One who strictly reads periodicals will probably struggle if they pick up Moby Dick or War and Peace.  And so it is with mindfulness. Sitting with my mom, enjoying conversations about that very moment maximizes my ability to delight in my relationship with her.  Not because she is aging, forgets some details or because she has cancer.  Not because we’re plotting big things that may or may not ever come to fruition a year or a decade from now.  But because at this moment in the journey, there is nothing I’d rather be doing than sitting on her porch, watching birds and listening to the voice that sung me to sleep with the same songs I sing to my own child.

Life isn’t strictly a journey, is it?  We’re not merely headed to a destination; we’re also already there.

We’re in this moment.  Savor it.