You are here: Home / ChangingAging / Help! I Can’t Remember How to Play 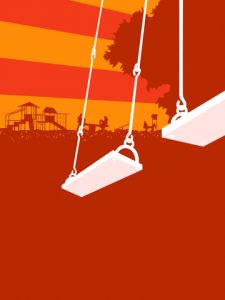 I enjoy reporting on issues related to changing aging and elderhood but sometimes feel insecure about voicing an opinion on a stage of life I haven’t actually experienced. Like many readers I’ve cared for and lost beloved family members and am deeply involved in the culture change movement in long term care… but I when it comes to actually understanding life after adulthood, what do I know?

I’ll tell you this much — I know enough about living in the clutches of our culture’s cult of adulthood that I cannot freaking wait to outgrow it and become old. For those unfamiliar with Dr. Bill’s theory on the “cult of adulthood”, I’ll give you a simple, personal example. As an adult in our society, I feel I’ve completely lost the ability to “play”.

This goes to the heart of the intrinsic difference between “doing” and “being”. Children live in a constant state of “being” — of truly living in the moment. Playing is one of the purest forms of being. As they grow older, they learn (and society pushes them at an increasingly younger age) the importance of “doing” rather than “being”. Organized activities, competitive sports and standards-based education all emphasize doing over being and are intended to prepare children for adulthood, the ultimate state of “doing”.

Sure, adults need to “do” stuff to pay the bills. But there are incredible benefits to being and playing that we neglect. Playing is critical to fostering creativity and learning — at any age. Playing connects us to others and builds our relationships. Playing cures boredom, loneliness and depression (where have I heard that before?) and in general makes us happy. Playing relieves stress, cures emotional wounds and makes us more healthy.

But to really “play” you must stop “doing” productive stuff. Ironically, wasting time has never been more valuable.

I am told by elders — and the research strongly backs them up — that one of the greatest gifts of older age is an ability to spend more time “being” rather than “doing”. It is said — and again, all research backs it up — that elders are especially connected to and good with children because they are able to “be” with them in a way that adults find difficult.

So, while I don’t personally know what it’s like to be an elder I sure as hell know what it’s like to be an adult and I can say this with authority — I don’t know how to stop “doing” and just “be”. I am painfully reminded of this every single day by my two children, ages five and nine months. In particular, I’ve experienced few things in my life more difficult than the daily transition from “doing” my work to playing make-believe with my five-year-old.

I’m proud to brag that my daughter is highly imaginative and extremely playful. But it is excruciating for me to ignore my phone and stop my brain from churning on matters of business when I’m supposed to be playing My Little Ponies with her. The sad truth is this isn’t a new revelation — I’ve been aware of this problem for several years. And I’ve been trying to intentionally improve my ability to “be” through the (irregular) practice of mindfulness meditation.

I’m sure every single person who has had the misfortune of being an adult can relate to my dilemma. I felt like I was making progress via my mindfulness meditation practice, but since my second child arrived nine months ago it has just been impossible to find time for it. There’s a great Buddhist saying, “meditate every day for 30 minutes. If you don’t have enough time for that then mediate for an hour.”

Maybe I’ll do that after finishing this blog post (and answering emails, and checking Twitter, and doing a webinar and returning phone calls and making some lunch and changing the laundry and picking up my daughter from Kindergarten — whoops, times up!). In the meantime, can I get some help? Can any readers recommend any good books or resources to teach a wretched adult how to play again?

[Editors note: This blog post is an example of our new section Journeys dedicated to stories about navigating life’s passages. Do you have a Journey to share? Submit a guestblog here.]