You are here: Home / ChangingAging / Gratitude for Darkness 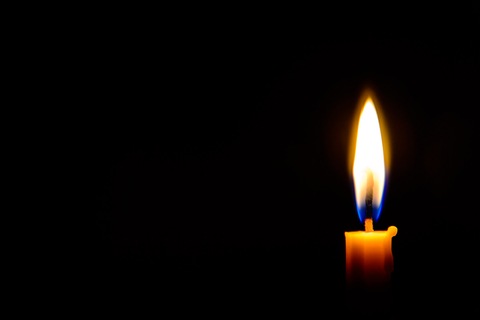 “Darkness is the light most feared.”

The Solstice season is upon us. This is the time when one traditionally celebrates the return of the light. Each year we live through the darkest part of the year and focus most of our joy and gratitude upon the celestial turning that returns to us beginnings and new light. This is the season of the Christmas story, Kwanzaa, Hannukah, Solstice and the New Year. We, collectively, celebrate and honor the light that shows up in the darkest hour.

This year, perhaps perversely, I find myself thinking about my gratitude for darkness. I am well aware that what I am — some strange and contradictory combination of brokenness and wholeness — is a product, not of light, but, of darkness. I wheel around aware that I had to be dragged into hellish darkness to be forged into a new man — a lesser and paradoxically more capable being. It turns out that the Abyss is part of my parentage.

I used to think of myself as a kind of diplomat, an emissary from the realm of the needy. I was one who never hesitated to say that asking for help was one of the most community building things one could do. I was skewed enough to contradict the Bible and say that it actually is more blessed to need (to ask and receive) than to give. Now, however, I’ve come to see that I am really the ambassador of darkness. I came out of a place so dark that I never want to go back there, but all of my gifts of awareness were given to me there, and I have come to believe it is the darkness that gives Life.

I don’t have a Christmas tree, colored lights, or even candles, but I do have three wise men. They are all that remains of a once mainstream Christian life. They have stuck with me, and accompanied me during my lonely, sometimes solitudinal, dark vigils. I’ve come to see them differently, not just as heroes that persevered through the desert following a star, but as actual kings of the darkness, who have shown-up to pay homage to what the darkness has wrought. The star of Bethlehem is to me a product of the dark mystery surrounding it.

When I first had my stroke, and had to wait for declining year after declining year to find out if I would live, I used to curse the darkness of Creation. I was confused by the painful uncertainty of my life. I didn’t know then what I do now. I was being re-worked, re-made. In an invisible studio I was fitted with an awareness that could only come from suffering and helplessness. The hands that held and re-shaped me were not only invisible and non-palpable, they were stained with darkness, so deep and merciful that I could not imagine it.

Today, I have the pleasure of knowing many elders, old people who have known dark times – the sometimes painful, uncertain, and seemingly unending periods (where there is no human solace deep enough to last) — create compassionate understanding and real character. The darkness of Life, if it doesn’t kill one, confers a depth of humanity that cannot be attained any other way. In fact, darkness is the birthplace of depth. Hidden in the shadows is a dark gem, not one anyone can grasp, but one that sometimes grasps us. The broken body, job, relationship, or lifestyle, is a terrible well-spring that unleashes hard-won wisdom into the world.

I don’t really know how to be thankful for such a demanding and seemingly arbitrary fruitfulness. I feel hugely ambivalent about even harboring this awareness. I know I have much to give thanks for, that some angel must have had to endure a lot to give me a chance to write these words, but I would not wish this experience upon anyone. The darkness is just too exacting.

Still, here in the traumatized aftermath, I am thankful! I don’t really know how to express it, I don’t know how to honestly honor the unimaginable, but I know I owe this part of what is good about my life, to that which perched and fed upon me long enough that I became a being capable of being grateful for darkness. To me, this is the real gift of the season, one that in this dark-age offers a great deal.

In the end, I guess I write these words to remember what darkness has granted me, and to remind everyone that light sometimes shows up as darkness.