So we’ve been cranking away here at REP Studio in Ithaca for the last few weeks, whittling down the original list of 50 pieces from 1914 to a set of 15 songs we will re-imagine and perform on New Year’s Eve for First Fest.

To explore the world of music from 100 years ago I turned to the Library of Congress’ amazing National Jukebox, which makes historical recordings available to the public free of charge. Then we dug in and played with the tunes, experimenting with various approaches, settling on a general style for each song, fine tuning the tempos, and recording most of the process.

We’ve got an amazing group pulled together for this task.  In my last blog entry I mentioned possibly using a turntablist in place of  drummer, but I’m glad to say we’ve got Zaun Marshburn behind the drumkit, and his holistic approach has proven to be a very important part of this process. Since he has a deep appreciation for everything from classic Jazz to modern Hip Hop we have been able to tread fearlessly into just about any conceivable musical territory.   Add a similarly well versed Jon Petronzio playing bass and keys simultaneously, and we have a super efficient and capable rhythm section that can turn on a dime. 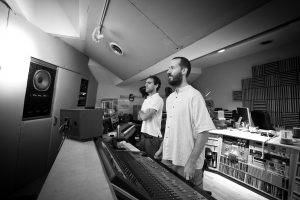 elements of each of these pieces to make them feel more distinctly modern, I am pleasantly surprised to find that a fair amount of transformation of each song is inevitable just by us playing it! We can’t help but change the music, just because of who we are and how we play, and the chemistry of this particular combination of musicians. So for a few of these songs we are not going out of our way to change much of anything.  It just happens.  Like magic… but with no magician!

Here’s a sample of our work: St. Louis Blues

On the other hand, this example (St. Louis Blues by WC Handy) falls into the opposite category… where we took elements of the original, threw ’em into a musical blender and ended up with something that WC Handy might not even recognize as his own song. Johnny Dowd is the creative 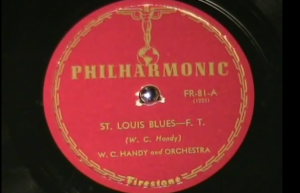 mastermind behind this version. Compare it to this recording of the composer himself, or this one by the inimitable (Saint!) Louis Armstrong and think about how you might look at a problem you face today, and see it in a new way…

Life is indeed full of possibilities!