You are here: Home / ChangingAging / Eid Mubarak From the Jew Across the Street From the Berkeley Masjid 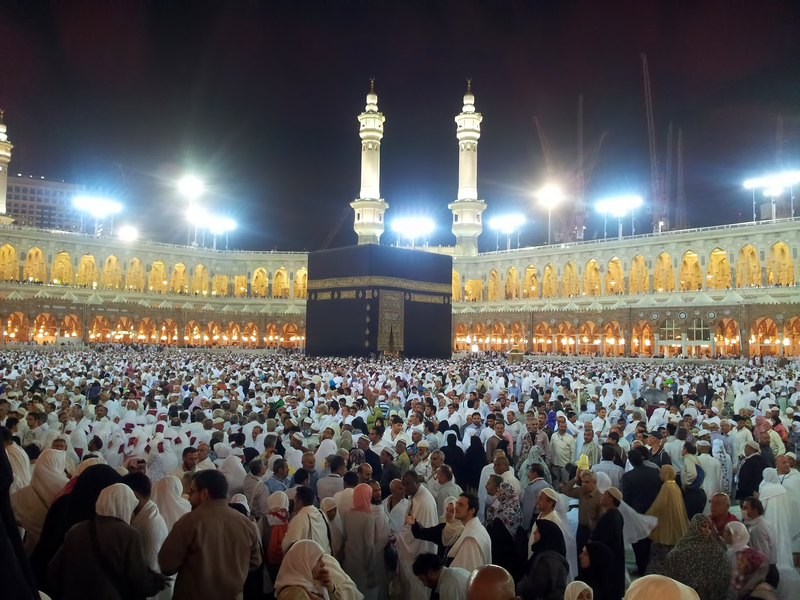 Today is the Islamic holy day celebrating the conclusion of the Haj, the pilgrimage to Mecca. There was a huge crowd of people joyfully milling about on the street outside our home which is directly across the street from the Berkeley Masjid.

As I was getting out of the shower, the doorbell rang. By the time I got some clothes on there was nobody at the door and a large gathering in front of the mosque was spilling out into the street. On the chair on our front porch was a magnificent long stemmed white rose with a card on it that said. “Eid Mubarak”. Mubarak is the same root source as “brucha” in Hebrew which means blessing in English. May your Eid be blessed.

I walked across the street greeting everyone, children, women and men, with the traditional Eid Mubarak greeting. “Salaam Aleikem”, I repeated. Some of those who knew me responded, “Shalom Aleichem,” which is Hebrew for peace be unto you.

Adnon (who I hadn’t seen since 2003 when there was a big neighborhood meeting to express concern over the construction which had been dragging on and on while the site, the burned out hulk of the old Transcendental Meditation center, had become a shooting gallery and source of unhappiness to the people who lived nearby) was standing next to a beautiful old man, perhaps in his eighties, perhaps much older. He introduced the man, whose name is Mamade (a nickname for Muhammad) as the “mayor of everything that is good in Berkeley for 40 years.”

I introduced myself as Barry and added that in Hebrew my name is Ben Tzion, which in Hebrew means “son of Zion”. Mamade burst into song: “Hevenu Shalom Aleichem”, which is Hebrew and means we bring peace upon you. He didn’t stop there and began singing, “Hinei mah tov uh manayim,” which Mira Kon, of blessed memory, the brilliant community developer at the first Live Oak Project at the old Oakland Jewish Home translated as: “Oh it’s so good and so pleasant sitting together as friends.” That became the welcome song of the Live Oak elders community which was the first project in the United States with the intention of building a culture to transform an long term care home from an institution to a person centered community.

Never to miss an opportunity as an ambassador of the Elders’ Guild, I told Mamade that we have begun the Elders’ Guild in Berkeley. A Guild is a commonwealth I explained and it is also a path of mastery. Mamade got even more animated as he spoke about the precious wisdom of the elders and how much the young people and indeed the whole world needs it today. He suggested we get together to talk more about the elders and the guild and we exchanged phone numbers.

Adnan reminded me how we had spoken those many years ago when the community was mired in unhappiness about the slow, drawn-out progress of the construction and about the potential that existed right here in our neighborhood.

Right here on Derby Street, with Chabad in the neighborhood and St. John’s Presbyterian Church and the Newman Center and the Masjid, we have the potential to create the epicenter of peace in the world. It has to happen somewhere and this neighborhood is blessed with good will and peace. Why not here.

Peace, Shalom, Salaam is alive on Derby Street. As we sing in Hebrew in the Live Oak Community development we are doing with elders and people who serve them in Israel, “You and me together can change the world.”