You are here: Home / Blog / ChangingAging / Challenging The Stereotype of Human Beauty

If you depend on the mass media and fashion magazines to define human beauty you will be exposed to an impoverished and monolithic viewpoint: beauty = youth.

But one artist is turning that assumption on its head and winning prestigious awards and rave reviews for her nude portraits that capture and celebrate the aging female body — wrinkles, age spots, sagging skin and all.

A new art exhibition from painter Aleah Chapin, called “The Aunties Project,” serves as a welcome reminder that beauty exists in far more shapes and forms than the advertising world would have us believe.

Chapin grew up on an island off the coast of Washington and has been painting portraits of her “Aunties”, the women she grew up with, her whole life. She uses the natural landscape as a backdrop to explore the beauty and chaos inherent in both nature and her subjects bodies, capturing the “acute individuality of freckles on skin—or veins on a rock.”

The process of painting subjects whom she has known from birth allows her, and the viewer, a glimpse into the journey through life that each body has taken. The landscapes, at once real and fantastical, reflect the same contained and perfect chaos found on the skin. 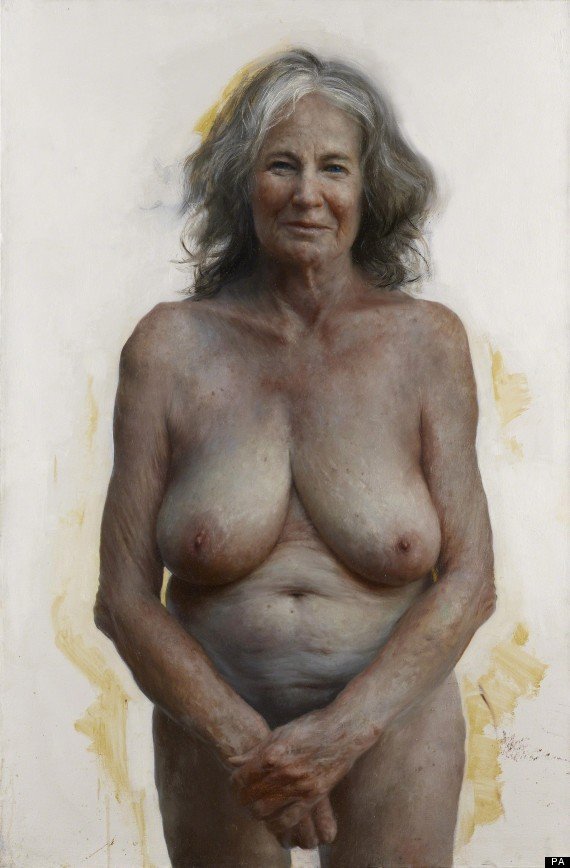 The woman above, who is the subject of Chapin’s prize-winning portrait “Auntie“, is a friend of Chapin’s Mother’s and was in the room when she was born. Chapin has known her all her life.

Chapin said her work “examines my personal history through the people who have shaped it. On our bodies is left a map of our journey through life. The process of painting these women allowed me a glimpse of that journey and brought me into the present moment of our shared history.”

Her realist approach does not shy away from the realities of aging and boldly explores the idiosyncrasies of human flesh in later life, tracing its unique contours, wrinkles, translucence and even the ravages of diseases such as breast cancer. 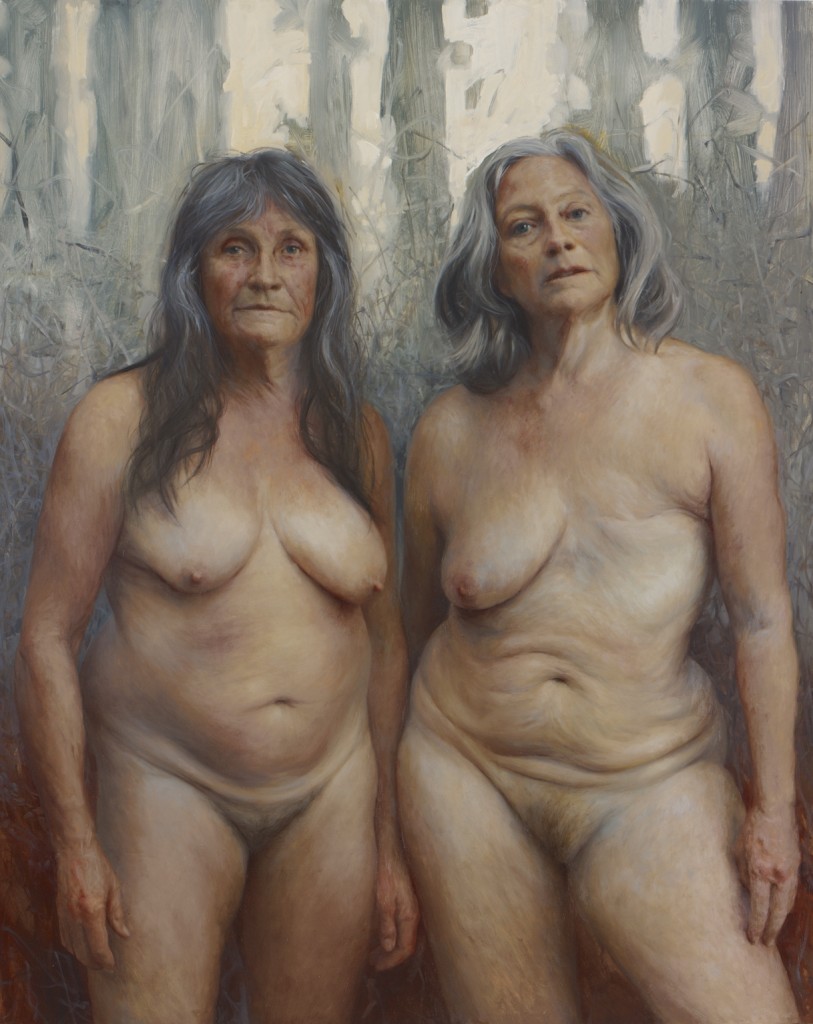 “Their nudity does not seem to be such a huge big deal to them – their shoulders and arms are relaxed – but their chins are raised and their eyes hooded in their direct gaze at the viewer, suggesting that they are prepared to vigorously defend their position.”

Chapin is one of the youngest artists ever to win the prestigious BP Portrait Award in 2012, which was contested by 2,187 artists from 74 countries. Her exhibit “Aunties Project” is showing at Flowers Gallery in New York until February 23.

If ChangingAging gave awards for art, Chapin would be the first recipient.

Kavan is a social media entrepreneur committed to growing the use of social networking towards promoting the equality, sustainability, health and well being of people of all ages. Combining careers as a national journalist and public relations expert, Kavan focuses on the power of user-generated content to communicate ideas and build movements.