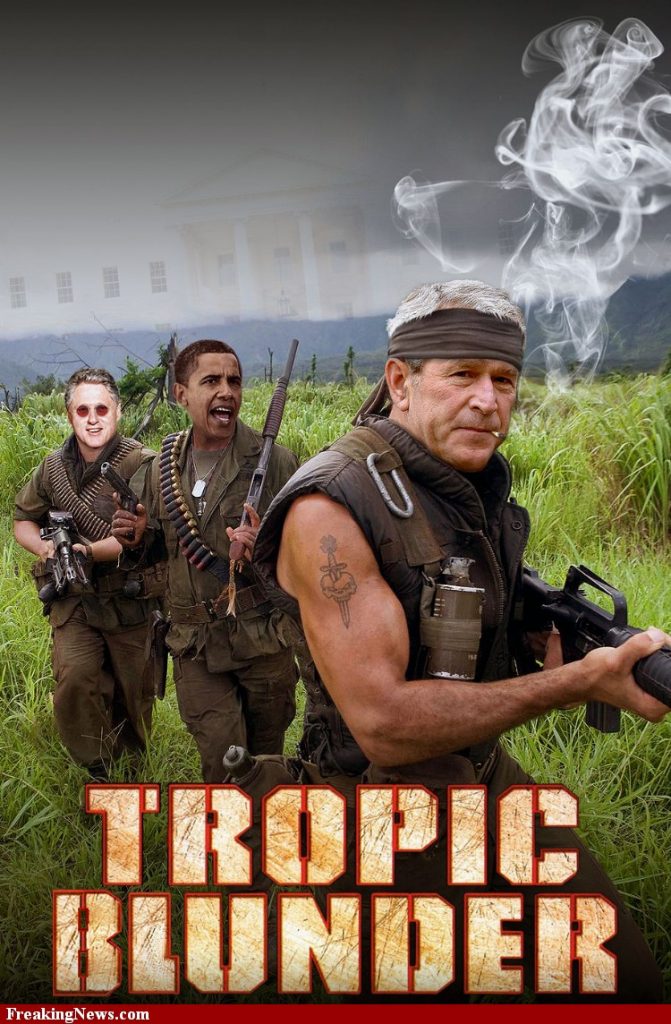 I should have done this long ago but I kept hoping that things would work out; praying that I wouldn’t have to humble myself with an apology. However, it has reached a point where the inevitable is, well, inevitable.

I am deeply sorry about the Baby Boom; no really, very deeply, remorseful even.

Being one of the very oldest Boomers my-own-self, I must admit that we are an unusually irritating generation. We had good intentions. At least the road to hell is well paved.

There are a number if specific failings that deserve full disclosure. However, before I go down that inglorious list, let me acknowledge that we actually did pretty well in the music department.

The Baby Boom rescued the 1950′s music scene from, among others, Gogi Grant, Kay Starr, Frankie Lane, Jo Stafford and Mario Lanza. And, although there was a brief 1956 “Hit Parade” uprising by the old-schoolers when Hugo Winterhalter released “Canadian Sunset”, rock-n-roll beat back the challenge easily.

Launched in 1955 by Bill Haley and his Comets, rock-n-roll never much looked back. Almost immediately it gave us Elvis (pre-Army, authentic,”I ain’t fat yet”, bad boy), The Platters, The Champs, The Coasters and Domenico Mudugno. The magic fuel in the R&R tank was the introduction of the Les Paul model solid-body electric guitar. In all of its various designs, the electric guitar was, and is, the bedrock R&R requirement.

There were the occasional lapses, I’ll admit, like the unfortunate Sheb Wooley “Purple People Eater” release, but in the main, the music created and supported by the Boomers is still classic, hummable and endlessly covered by contemporary pretenders. I think that even the most ardent anti- Boomer will admit that Boomer music is far superior to rap, krunk, ska, grunge, punk, bitpop, filk or skronk.

I’m also sure, however, that even with the music, the Baby Boom’s multiple sins outweigh this singular contribution. And so, let us commence the secular confession and apologia.

I’m ashamed that you have to endure Viet Nam War stories. The Boomers weren’t responsible for this particular dust up but we contributed most of the blood in the “blood and treasure” part of the equation. Now, at any gathering that includes older Boomer men, someone will launch into a primarily fabricated account of their heroics during the Tet offensive or some such. In my experience, having been on active duty with the U.S. Army (salute) from 1969-1972, those who actually had combat experience rarely want to re-visit the particulars and those who tell the tales were probably somewhere safe and warm, like Toronto.

We lied about Woodstock. It was a lot more fun if you weren’t actually there. Crawling in the mud, sleeping in the rain, worrying about tainted drugs and arguing with some stoned guy from New Jersey about the meaning of Joe Cocker’s version of “A Little Help From My Friends” is only fun in hindsight.

We ask forgiveness for our George McGovern support. Not that George wasn’t a fine fellow, he was, and not because we, in our let-us-change-the-world idealism were wrong about Richard Nixon, we weren’t, but we should have backed a candidate who actually had a chance of winning. George amassed a whopping 17 electoral votes by taking one state, Massachusetts. The man couldn’t even carry his own state of South Dakota, the political equivalent of not being able to get laid while at the Chicken Ranch. We Boomers must take our lumps for our part in the public re-emergence of Tricky Dick from his lair in San Clemente.

We regret Bill Clinton and George W. We may end up regretting Obama, a very young Boomer, a fact that may grant him a bye, depending on how things go. As for Bill and Hillary (co-presidents), while the country was actually in reasonably good shape economically, they pretty much dismantled the financial regulatory system during their tenure and this came back to haunt America big time. It isn’t so much Bill’s lack of foresight and leadership that deserves a mea culpa from Boomers, it’s our support for a recovering nerd and policy wonk with little or no class and no self control whatsoever. Apparently, not learning a major lesson regarding Boomers as presidents, the country turned to yet another, this one poised to lead thanks only to having won the Lucky Sperm Contest. As the second presidential representative of our cohort, George W. was mostly an embarrassment. While he would likely make a great next door neighbor, you know, genial, willing to lend tools and a hand, share a cold one, etc. etc., I already have good neighbors and none of them strike me as Leader of the Free World material either. Obama is probably the Boomers’ last shot. I just wish that he hadn’t been born in Kenya, wasn’t a closet Muslim and didn’t have that whole Antichrist cloud hanging over his head.

We are mortified by our sheer numbers; forgive us. True, it was our randy parents who, caught in the titillating afterglow of saving the world from fascism, resumed a normal home life and bred like mink. By January 1,1946, the first of 77 million Boomers emerged from wombs across the country, screaming for attention and succor, activities that we habituated. The harvest of our parent’s libidinous loins didn’t slow to a more puritanical pace until the year 1963 finally closed up shop. By then, the demographic charts contained this humongous lump of humanity that has since been working its way through the American digestive tract like an entire pig in a python. When you walk down the street today, one of every four passersby is a Boomer. They are the ones who have that smug look of the entitled.

Forgive us our trespasses as we forgive those who….oops, wait, no one actually trespassed against us. In fact, we pretty much got the long end of the wish bone. We would really like to return the favor, kids. However, we actually want everything that has been promised us. So, the next best thing is for us to keep on taking, piling on the debt (you can pay it later) and plead for your understanding as your standard of living falls, your payroll taxes steadily mount, your children face their limited educational and career choices while we Boomers sail on through our very special, meaningful, creative and blessed lives. We want every red cent of our Social Security, even the the Donalds and the Bills and the Melindas among us. We want it, even though the amount we paid in is far short of what we’ll extract, now that we are living 30 years past our retirement.

Fair’s fair. And, those artificial joints, we want those too, at your expense of course, and I know that I speak for the corporate pooh-bahs, the investment bankers and the Hollywood icons on this issue. We’re all sorry, damned sorry, sincerely sorry. But the fact is, Boomers just weren’t wired for sacrificing for the common good. Apparently, our parents and their parents used up all the genetic altruism fighting the Axis of Evil (the first one, not W’s pretend one). We don’t know where your altruism came from kids; certainly not from us.

I’m sure that there is much more that you expected to see in a blanket apology from a Baby Boomer but whatever it could possibly be is easily countered with slippery, lawyerly talk, e.g. “…that depends on what the meaning of ‘is’ is.”

We are sorry in a way in which only Boomers can be sorry (not being one, you wouldn’t understand). It is deeply, truly, in-the-marrow painful, a pain that can only be managed with Medicare Part D prescription anti-psychotics.