You are here: Home / ChangingAging / A Little Bit of Twitter

I am finding that Twitter is becoming a more important part of my social media diet.

When I first opened my account I was dubious about the value of 140 character Tweets but, over time, I have come to enjoy and learn from the people I engage with there.

@changingaging @drbillthomas @edenalt @greenhouse_proj Perfect post! Here’s another thing not to say re a deceased person: How old was s/he? — Lynne Spreen (@LynneSpreen) April 9, 2013

The link leads to a very thoughtful article about what to say and what not to say in difficult situations.

A separate conversation about the medicalization of male aging and the use of testosterone to recover a hormone-fueled illusion of youth led to an interesting exchange.

The assertion that money was the key variable in the effort to age in place had the ring of truth but I thought that the need for social capital should not be discounted.

@drbillthomas funny thing that the closer we get to what we’ve been trying to avoid, the easier it is to accept & even embrace #aging @oprah

Oprah inched closer to taking a more pro-aging perspective (and we are applauding this move) and one of my favorite Tweeps had an interesting take on what might be motivating the TV legend’s apparent rethinking of age and aging.

@drbillthomas I hope that sign wasn’t in TN!!! Ha! Great seeing u yesterday!

I travel quite a bit and get to see some very interesting stuff. A placard posted above an airport urinal advising users not to spit tobacco juice in the urinal (Use a Dixie Cup!) became a tweet and Angie McCallister expressed her concern that the sign was hung in a Tennessee men’s room.

Nope, it was New York. 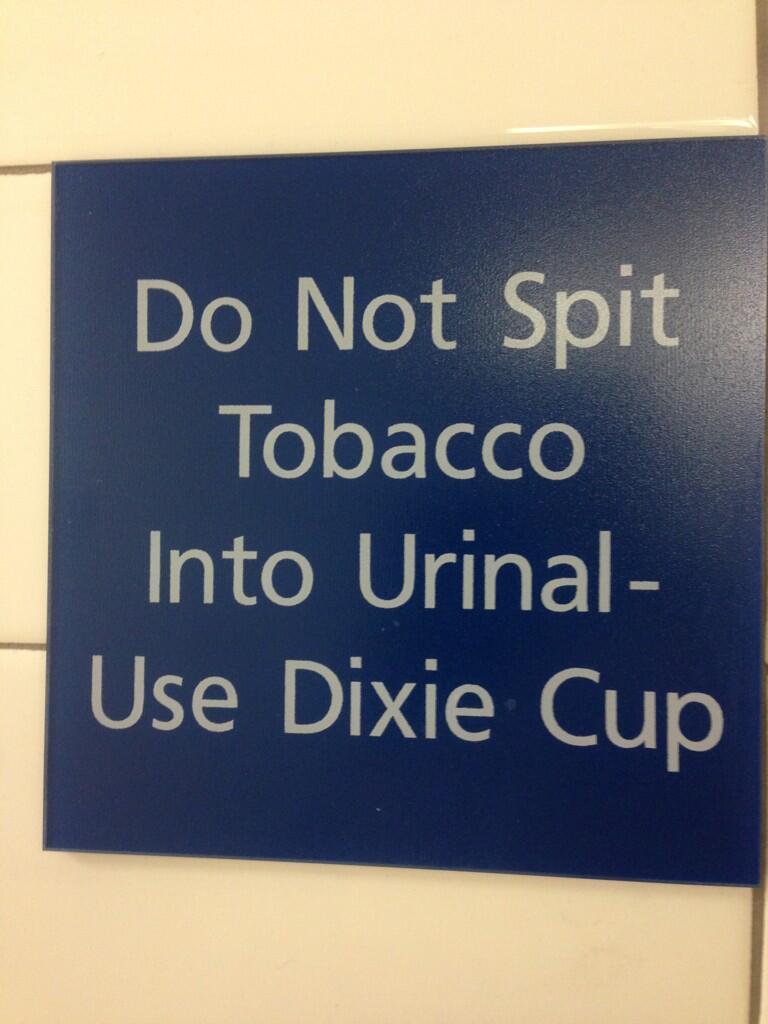