You are here: Home / Archives / The Great Recession

The New York Times puts the ugly stuff out there…

Patricia Reid is not in her 70s, an age when many Americans continue to work. She is not even in her 60s. She is just 57.
But four years after losing her job she cannot, in her darkest moments, escape a nagging thought: she may never work again.

College educated, with a degree in business administration, she is experienced, having worked for two decades as an internal auditor and analyst at Boeing before losing that job. 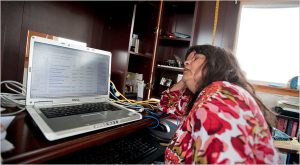 But that does not seem to matter, not for her and not for a growing number of people in their 50s and 60s who desperately want or need to work to pay for retirement and who are starting to worry that they may be discarded from the work force — forever.

Since the economic collapse, there are not enough jobs being created for the population as a whole, much less for those in the twilight of their careers.

Of the 14.9 million unemployed, more than 2.2 million are 55 or older. Nearly half of them have been unemployed six months or longer, according to the Labor Department. The unemployment rate in the group — 7.3 percent — is at a record, more than double what it was at the beginning of the latest recession.

When we discard the talents and insights of older people we begin sliding down a slippery slope. This story is directly connected to how we treat elders and how we abandon their wisdom and legacies.

Not a pretty picture.