You are here: Home / Archives / Disappearing After Age 55 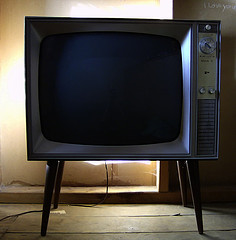 We’ve been blogging a lot lately about the “Cult of Adulthood.” We want this word to become a household name among ChangingAging readers.  The cult of adulthood has a vice-like grip on our society and it will not be easy to loosen its grasp. If you do not take this seriously, consider this — in our consumer culture, you do not exist after the age of 55. You are nothing.

When you turn 55, you become invisible to the television industry, which remains the dominant medium in our culture. The Nielsen TV ratings company, which determines how much TV shows can charge for ads, stops tracking the viewing habits of people after the age of 55. Television programming and television advertisements are geared almost exclusively towards the coveted 18-to-34 demographic. It’s a hard profit-driven reality — the younger your viewers, the more you can charge for ads.

So what, you might say. That’s capitalism, right? The young demographic has been coveted for decades. Follow the money and it will lead you to the young and hip.

Consider: Alpha boomers (55-64) are the fastest-growing demographic in the nation. They make up half the population and spend more money on goods and services — nearly $2 trillion — than any other age group. They buy more technology and gadgets — 40% of the market — than any other demo. They drive elections, accounting for the biggest voting blocs in both 2008 and 2010. Alpha boomers have the second-highest median household income, at $69,000, trailing only the 35-44 age group, whose median earnings are $75,000 annually. They own the most second homes in the nation. They largely share the same tastes in online usage as the 18-34s, ranking Facebook and YouTube among their favorite sites, and they buy at least one product online per month. They own more iPads and smartphones than any other demo and record and watch more programming on their DVRs than anyone else. They are less loyal to brands than Gen Xers.

They are almost completely ignored by advertisers.

Ouch. The generation that brought us 31-Flavors of ice cream, Rock and Roll and the sex revolution is becoming irrelevant at the speed of one every seven seconds (the frequency someone turns 55 in the U.S.).

Maybe the advertising industry is confused? Or maybe it has access to secret consumer data or knows something we don’t?

“Marketers have known where the wealth is for a very long time,” says Jim Fishman, senior vice president/group publisher of AARP. “They’ve just decided not to target them. We had a retailer who decided not to advertise with us, even though they knew their consumer reads our magazine. They did not want to be associated with old age.”

Bingo. The children of the 60s were cool. And they probably think they still are. But as Callahan says, “cool has always been the currency and province of the young.”

So what are aging Baby Boomers to do? Wake Up for a start. You can’t change the fact of aging, but you can change the face of aging. With age comes wisdom, and for the first time in human history it also comes with numbers — tens of millions strong. Together, your generation can change the way people think about aging. But you can’t do that until you start embracing aging.

Buck the conventional wisdom that baby boomers are going to grow old kicking and screaming.  Turn your back on the billion-dollar anti-aging industry and use your unprecedented purchasing power to enjoy life and help those around you. Forget about what the media says about you — the tools to create your own narrative and tell your own stories are right here at your finger tips.

No matter what your age, stop obsessing about youth gone by and start exploring the world you live in. Join us to change aging.