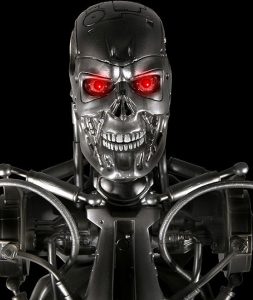 I recently wrote a piece for the blog USDemocrazy on Watson, the 15-terabyte learning computer that crushed two super geniuses, Ken Jennings and Brad Rutter on an exhibition match-up of Jeopardy! I’m obliged not to share my opinion on USDemocrazy, as it is an education news site; ChangingAging, however, asked me to blog specifically to offer my opinion as a Millennial. And in my opinion Watson will have much more of an impact on Millenials than it will on boomers.

I’m not conservative in that I place less emphasis on tradition than I do on the future, and I try to be open to change. But in Watson’s case I can’t help feel reticent and reactionary. Logically, Watson is a grand achievement. It is a device that is in many ways smarter than two human super geniuses. The genius it took to create such a computer is astounding.

At what point will humans outdo themselves? A computer does not eat, it does not sleep, needs no paycheck or health benefits, and processes more in a year than I could in 10 lifetimes. As none of these atributes apply to me, it would be a no brainer when it came to employment. The computer would get the job over me any day, just as they have on assembly lines.

As much as I may sound like one I’m not a Luddite. And I’m not paranoid about the technological singularity (the moment when computers become self-aware and take over, a la The Terminator). I use computers every day. My phone and my laptop are central and invaluable tools for what I do.

However, I am concerned that a computer capable of problem solving and learning could rob my generation of jobs and opportunities. This technology will only progress as time goes on and just as older generations have struggled to adapt to the tech boom — my Oma doesn’t have voice mail or a cell phone — so may millenials be left with a turn-of-the-century mindset in a futuristic world.

Thinking is what humans do best, and if we are no longer required to do that, what’s left?