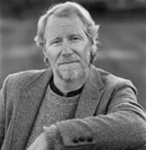 This past week, I have been touring around Tennessee. On Tuesday, I spoke at Uplands Village in Pleasant Hill, and was joined by my friend Kort Nygard, psychologist and Eden Educator.

As usual, Kort was a mine of valuable perspectives on aging. Then Kort and I joined a team
of people to present two sessions for the Southeast Advocacy Center for Elder Rights, in
Chattanooga and Nashville.

In exploring ageist attitudes, Kort brought up two interesting and provocative points about
surplus safety. The first involved an intriguing link between safety and meaning. Kort told of a workman who became progressively disabled over the years and ended up in a local nursing home. One day, he told Kort he felt useless and needed something meaningful to do. Kort asked the man if he might be interested in helping fold laundry for the home. The man replied, “No, I don’t want ‘busy work’”. Kort asked him what would be meaningful, and the man replied, “I want something to do that, if I do it wrong, something bad will happen.”

Now that may make administrators and regulators tremble alike, but it occurred to me that much activity that is truly meaningful to us has important outcomes at stake and a need for accountability. How can we begin to use a little “risk arbitrage” to create meaningful, important work for our frail elders?

Kort also mentioned a woman whose mother lived all alone “way up in the holler” outside Nashville. She worried about her mother’s welfare and called her more than once a day to check on her. One day, her mother didn’t pick up the phone, and a trip to the house found her on the floor, needing help to get back to her feet. The woman told Kort she thought it was time for her mother to move to a nursing home, in order to be safe.

Kort’s response? “You know, I spend a lot of my time visiting people who live in nursing homes. Many, if not most, are very unhappy to be there, and wish they were home. Your mother may have some risk at home, but ‘safety’ and ‘quality of life’ are often on opposite sides of a teeter-totter.

“Right now, you are placing your own peace of mind above your mother’s quality of life. It’s true that something bad could happen at home, and that she might even live longer in a nursing home. But it’s also possible she will hate every extra day of life she gains.”