You are here: Home / Archives / Life Expectancy Down For Kids, Up for Older Folks

Life expectancy has dropped by one month according to the latest analysis by the Centers for Disease Control and Prevention. It’s not a significant change, researchers said, but it does represent a reversal after years of increasing longevity. Meanwhile, mortality rates dropped significantly for five of the 15 leading causes of death, including accidents (3.5 percent), homicides (3.3 percent), diabetes (3.1 percent), heart disease (2.2 percent) and cancer (1.6 percent), and strokes dropped from third to the fourth leading cause of death.

This means my daughter, born in 2007, can expect to live 77.8 years, down from 77.9. The CDC report does not say what caused the one month drop or whether it represents the start of a trend. But health experts have warned in recent years that today’s generation of children may be the first ever to have a lower life expectancy than their parents due to unprecedented levels of childhood obesity.

The drop in longevity may or may not be a statistical blip but the health crisis facing kids today is not. Last week the White House announced the launch of First Lady Michelle Obama’s “Let’s Move” initiative to combat childhood obesity. Tragically, the announcement was drowned out by partisan hysteria over President Obama’s tax cut deal with Republicans. Our nation may not ever come to agreement over tax policy, but surely we can agree to come together to raise a healthier generation of kids? Check out LetsMove.gov to learn more. 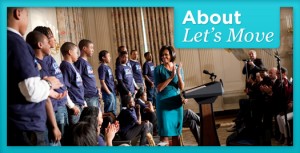