Well it has been a pretty good week all told. I started out by flying to Omaha where I met up with Trinity Health’s Sue Penoza, we drove north to Sioux City, Iowa, stopping for lunch in Blair, Neb., at a really nice down home Mexican restaurant on main street.

Once in Sioux Falls, I did a TV interview about the Senior ER innovation and a couple of days later Eden legend Nickie Bigley sent me a note telling me that she saw the clip on her local TV station. Full Story » 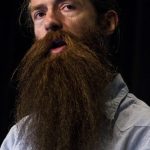 My Evening With Aubrey de Grey

By Kavan Peterson on October 14, 2011 | ChangingAging.org

International anti-aging crusader Aubrey de Grey, who hopes to “cure aging” within our lifetime, spoke in Baltimore this week and even took time to share a few beers with the locals, including yours truly.

I’d like to think of ChangingAging.org as the preeminent pro-aging blog so it was a great opportunity to talk to the world’s leading anti-aging advocate. And surprisingly I came away with the impression that although our rhetoric is wildly divergent – as divergent as anti- vs pro-aging rhetoric can be — we share similar goals. Full Story » 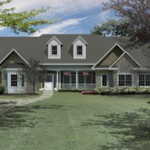 Everyone who is building Green Houses® is delighted by the stories their predecessors tell about people rediscovering old capabilities in the new living environment. But we all hope to see it for ourselves with our own elders.

At St. John’s new Green Houses, we haven’t even opened yet, but we have already seen our first such example of the power of this model. Full Story »

Getting Ready for LeadingAge 2011

By Kavan Peterson on October 12, 2011 | ChangingAging.org

I’m going to be covering the 2011 LeadingAge annual meeting and global conference next week for ChangingAging.org and I’m looking forward to shooting some videos, catching up with our friends in the culture change community and hopefully meeting some new ones. Full Story »

Europe and the United States have much to share and learn from each other when it comes to caring for and improving the quality of life for our rapidly growing aging populations. Eden Alternative International has long been a bridge connecting culture change advocates around the globe and next week we’re honored to host a delegation of aging services providers from Europe traveling to Washington, D.C. and Baltimore to participate in a study tour exploring the Eden Alternative. Full Story » 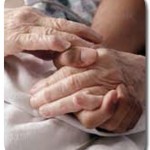 That’s Greek to Me! – What You Wish You Knew About Hospice Care

I’ve been putting off writing this post because I have so much to share and am overwhelmed in terms of where to start!! The truth is that while many people think they know what hospice care is, they typically have a number of misconceptions that lead them to only see part of the puzzle. In my 9 to 5 job, I’ve found that even health professionals, physicians and those working in senior care don’t know when someone really can get hospice care and unsure of what it really entails and therefore, a whole chunk of the elderly population die in pain (both physical, emotional, and spiritual pain) and alone. Wouldn’t it be nice to have someone by your side when death is near? Full Story »

Medicare’s Open Enrollment Opens & Can Save Elders From Poverty

Medicare’s open enrollment for next year begins on October 15th and runs through December 7th (an unfortunate date in the lives of many of the GI Generation). Although Governor/Presidential Candidate Rick Perry (Rep., TX) stands by his assertion that such support as Social Security is a Ponzi Scheme, it has helped – unlike Ponzi schemes – millions of older and retired Americans avoid poverty. A new Census study clearly demonstrates just how successful the programs have been. Full Story » 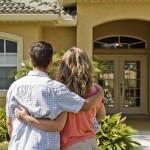 What Boomers Want in a Retirement House

Baby boomers want new homes that are easier to grow old in, a survey of home builders found. While boomers are often said to be ill-prepared for the future, there seems to be a concerted effort to project ahead through the decades and imagine their needs as they become less mobile, Melman says. “We found that 89 percent of older homebuyers want to be able to live in the house for as long as physically possible. As the sandwich generation they watched their own parents and learned how their needs will change.” Full Story »