You are here: Home / Archives / Changing Aging with The Blues

The Blues is a truly American music genre and art form born out of the Mississippi Delta in the early 20th Century. Today, the Blues is kept alive by African-American elders who pioneered the art form and now play a pivotal role in handing it down to a new generation of younger players through story and song.

To honor this art form, the Gerontological Society of America (GSA) conference invites an American Blues/Soul musician to participate in a workshop called the “BoDiddley Track.” The musicians range from the famous to the obscure (like Bo Diddley himself or Irma Thomas during the 2010 conference) and date back to 1993. The only requirement is that they be an older performer who is willing to share his or her wisdom and joy of music.

ChangingAging reader Joan Hyde, PhD, and senior fellow of the Gerontology Institute at UMass Boston, recently sent us an update on the 2010 GSA “BoDiddley Track.”

This year I helped organize the session, and we were delighted to hear from Grammy award winner Irma Thomas, The Soul Queen of New Orleans, who is celebrating her 50th year in music and her 70th Birthday. She shared her amazing life story, we visited her church for Sunday service, where the elders are the vibrant backbone of the congregation, and we heard about how she recently went back to school and earned a college degree in business.

Irma isn’t just changing aging, she is living it!

The tapes (more recently video tapes) of these sessions, with amazing stories of life in the slow lane of America in the early part of the 20th Century, and of lives and struggles enriched by music, are stored at the Center for Black Music Research in Chicago.

To learn more, visit the Center for Black Music Research. Listen to Irma Thomas on her MySpace page. 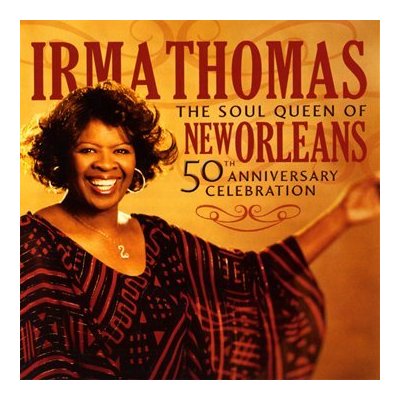