Edwin L. Walker, Acting Assistant Secretary for Aging announces that the Administration on Aging ‘s (AoA) budget for FY 2009 is nearly $78 million above last year’s level. The budget was part of the Omnibus Appropriations Act of 2009 signed into law by President Barack Obama on March 11, 2009.

The AoA budget, which totals $1,491,343,000, contains a $23.6 million increase for Congregate Nutrition Programs, a $20.6 million increase for Home-Delivered Meals programs, and an increase of $10 million for Home and Community- Based Services. Modest increases have been included for Native American programs, programs that support family caregivers, long term care ombudsman programs that help nursing home residents and their families, senior legal hotlines and pension counseling projects among others. The legislation also contains an additional $10.1 million for AoA initiatives that promote good health through prevention, dignity and independence for older Americans.

Certainly, while $1.5 billion is a substantial amount of money, it is small fry in federal spending. Further, this amount covers ALL of aging services, from nutrition programs to adult day care to legal help to programs that protect our elders from abuse and neglect. It is, however peanuts to what we “invest” in other federal programs, for example, what we spend to assist children and families: in FY 2009 we will provide $2 billion in childcare subsidies alone. Almost all of these programs are based on need – and we never are able to address all the need. How do we change the enormous needs-based paradigm, to one that builds on individual and community strengths? 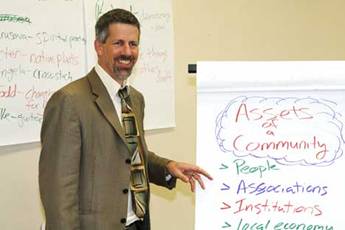