Talk about your “socialized medicine!”

Barefoot doctors acted as a primary health-care provider at the grass-roots level. They were given a set of medicines, Western and Chinese that they would dispense. Often they grew their own herbs in the backyard. As Mao had called for, they tried to integrate both Western and Chinese medicine, like acupuncture and moxibustion. An important feature was that they were still involved in farm work, often spending as much as 50% of their time on this – this meant that the rural farmers perceived them as peers, and respected their advice more.[citation needed] They were integrated in a system where they could refer seriously ill people to township and county hospitals.

Barefoot doctors provided mostly primary health care services, and focused on prevention rather than treatment.[1] They provided immunizations, delivery for pregnant women, and improvement of sanitation.[1] The income of the barefoot doctors was calculated as if it were agricultural work; they were paid roughly half of what a classically trained doctor made.[1] This funding came from collective welfare funds as well as from local farmer contributions (from 0.5% to 2% of their annual incomes).[2] This program was successful in part because the doctors were selected and paid by their own villages. By the 1960’s, there were RCMS programs in 90% of China’s rural villages.[1]

The work of the barefoot doctors effectively reduced health care costs in the People’s Republic of China, and provided primary care treatment to the rural farming population.[1] The World Health Organization regarded RCMS as a “successful example of solving shortages or medical services in rural areas”.[1] 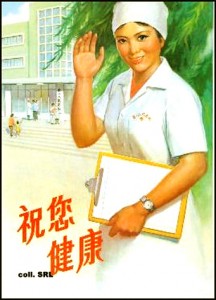 The BBC, ran a documentary  in 2008 that amplified the point that doing the simple things extremely well is the key to a cost effective health care system.  Health care reform as it is being discussed today is actually better understood as health care financing reform or health insurance reform.  Someday, the system as a whole is going to have to be reoriented away from high technology, high intensity acute care and toward low intensity preventive and primary care.

John McDonough (Director: Health Care For All): “All of the incentives, right now in our system reward Health Care providers for the volume of services they provide. So you get more money by doing more and more and more at a higher technological level. And we know the real secret comes from doing the lower complexity level of care much better than what’s being now. So all the rewards come from more procedures. And the more talking you do, the more time you waste and the less money you make. The incentives are completely upside down”.

Changing the incentives— that’s where the real fight will be.