You are here: Home / Archives / 3 Myths About Debt Collection 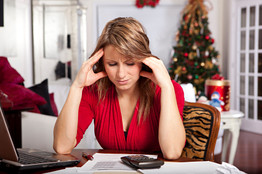 There was a time older Americans could rely on cushy pensions in retirement (which helped them remain debt free), but these days, most don’t have a pension — and debt levels are high.

Roughly half (48%) of boomers expect to have to have a mortgage in retirement, according to a May 2011 study by Bankers Life and Casualty Company.  Roughly one in three workers over 55 say they have more credit card debt than retirement savings, and 41% had just as much credit card debt as retirement savings. And while most boomers will be able to pay down their debt without getting into credit trouble, that’s not always the case: Americans 45 and older are the fastest growing group filing for bankruptcy, according to a report by the Wall Street Journal.

So it’s important for the millions of boomers facing a load of debt — and some annoying calls from debt collectors — to know their rights. To that end, Encore talked to Steve Fredrickson, CEO of Portfolio Recovery Associates, a debt collection firm, about some myths regarding debt collection.  Here are some of the most common myths, and the truth behind them.