Rick Gamache is a true Eden Hero.  The big guy did a nice interview in which he talks about his vision of aging… 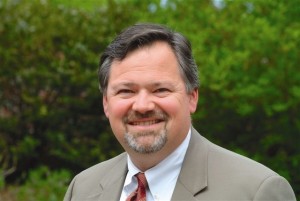 Definitely worth a read.

Few Rhode Islanders are as influential in elder care as Richard E. Gamache, administrator of Elmhurst Extended Care in Providence for the last 10 years, and until recently, president of the Rhode Island chapter of the American College of Health Care Administrators.

A 28-year veteran of the industry, Gamache has been a vocal advocate for nursing homes amid budget cuts that threaten their financial viability, but he’s also an ardent supporter of nursing home culture change – an effort to reshape the homes to give seniors freedom and dignity.

Last month, at its annual convocation and expo in Providence, the ACHCA gave Gamache its Distinguished Administrator Award, singling him out among more than 16,000 of his peers.

Gamache answered questions about elder care and the Eden Alternative model that he has brought to Elmhurst.

PBN: Tell me about the Eden concept. What are the fundamental principles of it, and how do they differ from standard practice in nursing homes?

GAMACHE: The Eden Alternative is a philosophy of elder care that originated with a Harvard-trained geriatrician named Dr. William Thomas in the 1990s. Dr. Thomas recognized that elders in nursing homes were suffering from loneliness, helplessness and boredom, which were largely untreated in medical, institutional settings. In institutional nursing homes, elders are typically lined up across from nurses’ desks, or left in a day room in front of a television. Eden homes emphasize quality of life and believe that every elder matters. Nursing homes that adopt the Eden philosophy concentrate on relieving this pain through loving companionship, providing opportunities for elders to give as well as receive care, and emphasizing variety and spontaneity in everyday life.

PBN: You are already a pretty respected and well-known member of the long-term care community here, and now you’ve won this national award. How do you think you can use your voice to help steer your industry in the direction you think it should go?

GAMACHE: Educating the public as to what is available is important, so that they can become drivers of positive change. It is critical that everyone who has a stake in issues of aging work together to shape public policy. However, I think we have a significant societal problem that needs to be addressed: We do not value our elders. Ageism is real and rampant. It is reflected in legislative funding decisions, and our communities are missing out on a very valuable resource: our elders. A community that values its elders is a healthier, kinder, more compassionate community. Elders can teach us so much, even those who are very ill or frail. From them we learn patience, gentleness, tolerance and a whole range of character attributes that are disappearing from our society.